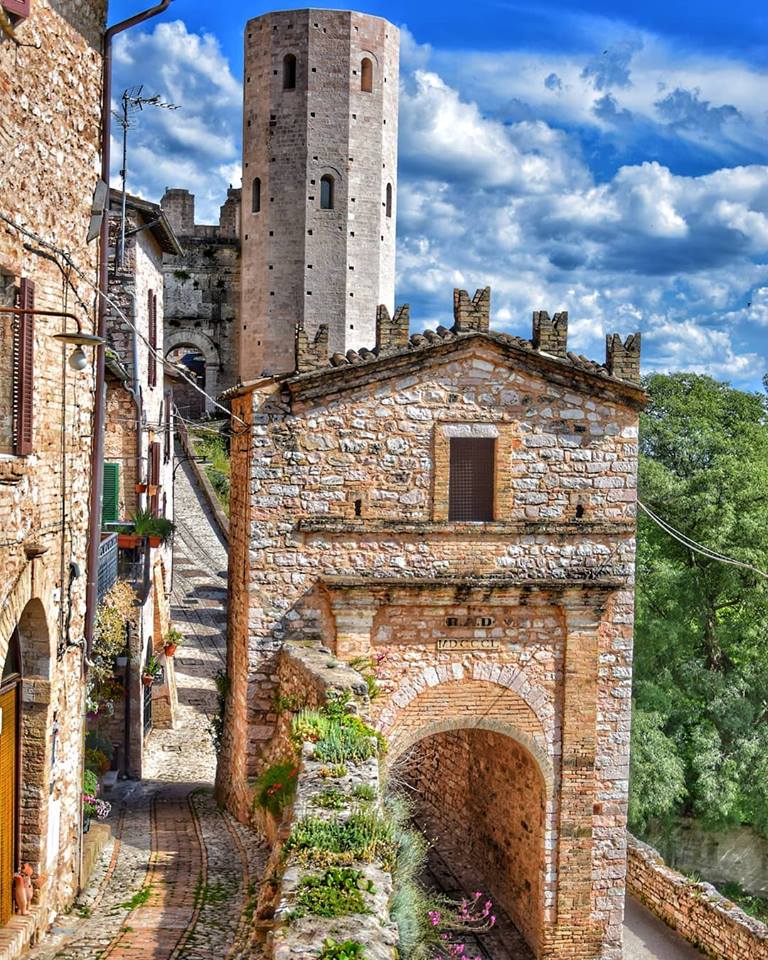 Bordering Tuscany, Lazio, and Le Marche, Umbria is an Italian region known for its green heart and medieval hill towns. Whether you are traveling to Italy for work or pleasure, you will find that the cuisine in this region will be something you will remember for a long time. The regional capital, Perugia, features a medieval palace called the Palazzo dei Priori as well as the Galleria Nazionale dell’Umbria, an art museum. For a more modern experience, the pedestrian Corso Vannucci is a center for nightlife.

One of Umbria’s most famous attractions is its churches. The Basilica of St. Francis is a must-see, and its interior is home to one of the world’s best collections of medieval art. Foligno, a small red-bricked town, is a major center for cultural activities and hosts an annual festival celebrating the Infiorata flower. Moreover, the town of Spoleto is renowned for its festival of the Two Worlds and Trevi, which is close to the source of the Clitumnus River. The largest Roman bridge in the region is located in Narni, which is also home to a large number of legumes. Several kinds of broad beans grow in the countryside.

Spello is a picturesque town that is located in the east-central region of Umbria. It is famous for its honey-colored houses and ancient underground cisterns. It is an ideal place for outdoor activities and is home to a number of orchids, as well as a number of animals. A visit to Spello is also worth the effort, because it is located on the doorstep of Assisi and Monte Subasio, which is a UNESCO World Heritage Site.

The region is famous for its many vineyards and wineries. The region boasts two DOCG-designated red wines: Sagrantino di Montefalco and Torgiano Rosso. The former was created by the Lungarotti winery in Torgiano. The latter is made in many cantinas near Montefalco. The latter is made entirely of Sagrantino grapes and must be aged in barrels for at least a year and a half before it can be released.

As Italy’s fifth-smallest region, Umbria is close to the popular Tuscany region, but has a lower population density than Tuscany. It is also a great base for hiking and cycling. It is home to numerous historic towns and a UNESCO World Heritage site. If you have a bike, you’ll enjoy exploring the city. A cableway in Mount Ingino connects the town to the nearby mountains.

The region is also known for its historic monuments. The Church of San Andrea is the most famous, while the Cathedral of Todi is one of the most beautiful in the country. In addition to the cathedral, there are three enchanting islands in the lake, making it a popular destination for bikers. Visiting these places is also a great way to experience the area’s culture. There are many museums and historical sites to explore.

Although Italy is famous for its food, Umbria is also home to some excellent wines. The region is the first producer of the black truffle in Europe, and there are many excellent white wines. In addition to these, the region is also home to numerous vineyards that produce “Super Umbrian” wines. If you’re looking for a good white wine, try Orvieto Classico. It is a blend of local white grapes.

There are plenty of great wineries in Umbria. The Lungarotti Winery is a must-see. The town of Gubbio is home to the world’s oldest winery, and it has won the DOC for the region. This means that your wine will be of high quality. In addition to tasting the wines, you can also visit some of the most famous restaurants in the region. At the end of the day, you can enjoy a meal with family and friends in a cozy and charming local restaurant.

Another must-see for foodies is the ancient town of Orvieto, which is situated on a beautiful hill in Umbria. The cathedral is an impressive example of Gothic architecture and is decorated with Renaissance art. The underground grottos and tunnels are known for their mystery and beauty. While the city is famous for its Renaissance architecture and ancient castles, it also has a rich history. It’s also the home of the Italian word ‘celebrating’, and is a great place to enjoy a meal.