This central Italian region is known for its art and culture. Its capital is Florence, home to Michelangelo’s “David,” Botticelli’s works in the Uffizi Gallery, and the Duomo basilica. It is also noted for its diverse landscape, which includes the Appennine Mountains, Elba beaches, and the Chianti wine region. You can’t go wrong when visiting this region! 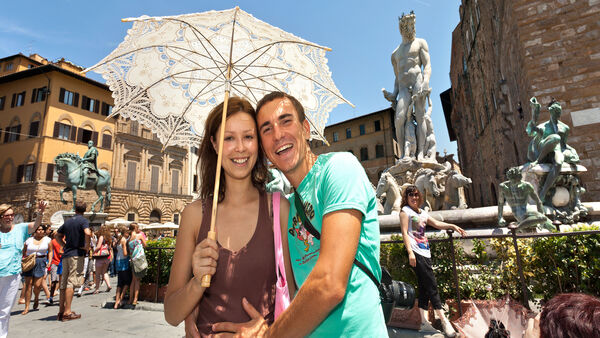 The Tuscans began cooking centuries ago, when they first settled in the area. Today, this area of Italy is the most popular vacation destination in Italy, and is home to some of the country’s best restaurants. Its cuisine draws on basic ingredients, including local olive oil and tomatoes, and dates back to peasant cooking hundreds of years ago. The region is known for its meats, sauces, and special cured meats, as well as wine and olive oil.

The region’s wines are characterized by a distinct style, with Sangiovese dominating the region’s vineyards. Its white varieties, such as Trebbiano and Vernaccia, are not as widely planted, but they do have more to offer than Sangiovese. In 2014, Tuscany produced 2.78 million hectoliters of wine. This makes it one of Italy’s top wine regions.

The region is home to some of Italy’s best wines. More than 100 wineries in the area are experimenting with different grape varieties to create unique wine. Take a tour and taste the results yourself! The landscape of the region is breathtaking, and its landscape is incredibly picturesque. You’ll be glad you made the trip! There are many opportunities for private tours in Florence and other cities in the region. In addition to sightseeing, you can also enjoy a private tour of a Tuscany villa or a medieval city.

The medieval streets of Siena are lined with shops and rustic trattorias where you can enjoy a traditional Tuscan meal. Choose a restaurant with a lively atmosphere and local wines. The northern region of Tuscany, Pisa, is known for its leaning tower. The cathedral and baptistery are a must-see for any visitor to Tuscany. The area is full of beautiful landscapes and a rich history.

The coast of Tuscany is long and inviting. Its beaches are renowned for their clean waters and wide sands. These beaches are transformed into payment beaches during the summer, with sun beds and parasols available to guests. During the summer months, the coastline is a popular spot for Italians. If you’re planning a vacation in Tuscany, you should check out the Uffizi Gallery. This is a UNESCO World Heritage Site and is one of the most famous museums in the city.

The countryside of Tuscany is beautiful and peaceful. You can spend your vacation exploring the beautiful towns and medieval villages of the region. You can easily reach the region from any major city in Italy. Several international flights arrive at Rome or Milan, and you can drive to the region in three hours. Moreover, two important airports, in Florence and Pisa, are located in the region. There are also railway stations in all major cities. If you’re flying to Tuscany from other parts of Italy, take a train to Rome and then take a train to this part of the country.

The city of Florence is also a UNESCO World Heritage Site. It is known for its narrow streets flanked by brick buildings. The city is home to the Torre del Mangia, a giant shell-shaped tower that dominates the Piazza del Campo. The Cathedral is a must-see in Tuscany. Unlike other cathedrals in Europe, the church here has an ancient and beautiful history.

There is an incredible wealth of art and culture in Tuscany. It is a city with an immense cultural heritage. It has a number of beautiful churches and cathedrals. The city of Florence is the capital of Tuscany. It has a large amount of art and culture. In the past, people were very poor, and they had to work very hard to survive. Luckily, modern Italy is still very prosperous, and it is a place where you can live and work for a while.

If you’re looking for a place to stay while visiting Italy, consider Tuscany. The region is geographically diverse and is Italy’s fifth-largest region. The Tyrrhenian Sea and the Maremma are both coastal regions. The hills of Tuscany extend inland to the Apennine Mountains. The culture and history of this area are rich and varied. If you’re looking for a place with a rich cultural heritage, you should stay in a villa in Florence.